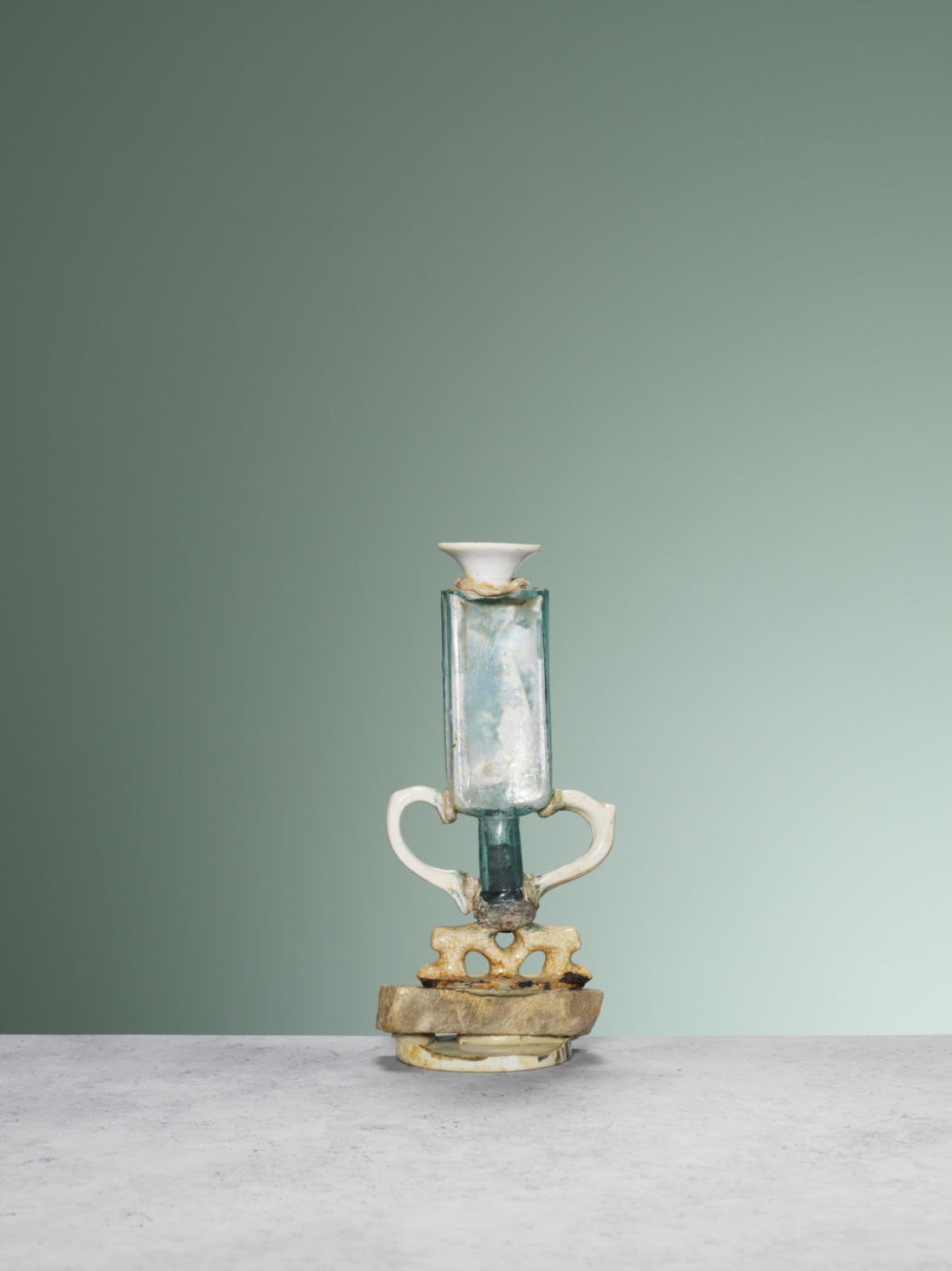 Artists have sought inspiration in the discarded and the found ever since Marcel Duchamp, who is primarily credited with the radical shift, used a readymade urinal in Fountain, one of his most famous works, in 1917. Be it a bicycle wheel, bottle rack or urinal, existing objects [or ready-mades] were now ‘chosen’ and re-contextualised as art. Winding its way through the 20th century and beyond, object art, or object trouvé, would influence many artists and lead to movements such as Arte Povera; a term coined in the 1960s by Italian art critic Germano Celant to describe artists who assembled disregarded and waste material to create their work.  The use of found objects has also resonated with potters. The renowned Japanese artist Ryoji Koie, who died last summer, was famous for his experimental and often radical approach to ceramics. In a series entitled Testimonies he fired household goods such as sewing machines and clocks with powdered clay. These intensely expressive works, in tribute to Hiroshima and Nagasaki, spoke vividly of decomposition and disintegration.

Today, artists who work with clay continue to use found objects in imaginative and diverse ways. In 2010, a table installation by ceramist and designer Peter Ting appeared in an exhibition at the Museum of Arts and Design in New York. Featuring the work of artists who use the familiarity of tableware as a frame for contemporary issues, it was part of a body of work and ongoing collaboration between Ting and Royal Crown Derby. Sifting through factory archives, and even rummaging through bins, old decals and other existing materials were re-imagined, re-worked and re-fired to create a series that juxtaposed not just contrasting colours and patterns, but also what was left behind with what was now new and bold.

The following year and with a different approach, artist Heidi Bjørgan curated an exhibition entitled Ting Tang Trash in Norway. It was the culmination of a research project carried out on the use of ready-made, waste and found objects in ceramic art. In the exhibition catalogue, art historian Jorunn Veiteberg described the event as having ‘turned the spotlight on upcycling as a key tendency in contemporary ceramics in an attempt to find out what found and bought objects can bring.’ Bjørgan cites this exhibition as one of the key milestones of her curatorial career to date.

Since the early days of her own practice, Bjørgan had always been drawn to the discarded, collecting hub caps at the side of the road because she felt they deserved a ‘second life’. These days, she continues to use myriad found and used objects as a starting point for her work. Often subjected to multiple firings and unorthodox applications of glazes, the results are dynamic and expressive. A piece of her work recently acquired by the National Museum in Norway, is part inspired by George Orr, part found object and part ‘mistake’. Of course, for Bjørgan there are no mistakes in the kiln; just exciting opportunities to re-use. Ting Tang Trash also included Canadian artist Linda Sormin who would go on to collaborate with Bjørgan on the 2015 exhibition, Collision. This time Bjørgan re-purposed fragments of Sormin’s previous installation by adding them to a cast vase shape based on a previously discovered plastic lampshade. The resulting works took the idea of recycling, repossessing and authorship to another level. It was an experience Sormin describes as charged. ‘It did feel strange’, she acknowledges, ‘when you placed those fragments into the vases, it domesticated them in a certain way.’ 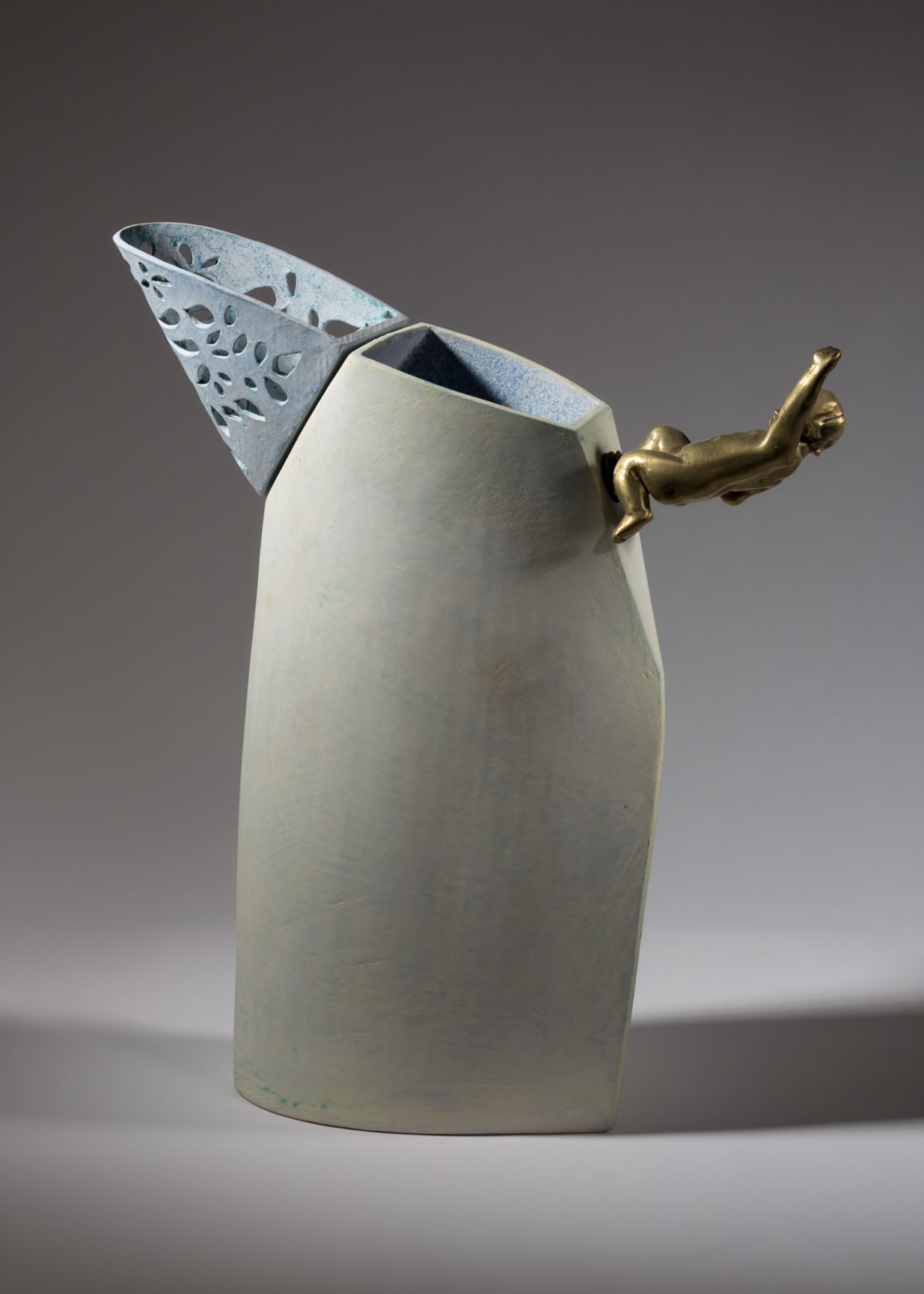 Mike Byrne, Out of the Shadows 2017, image by Roland Paschhoff 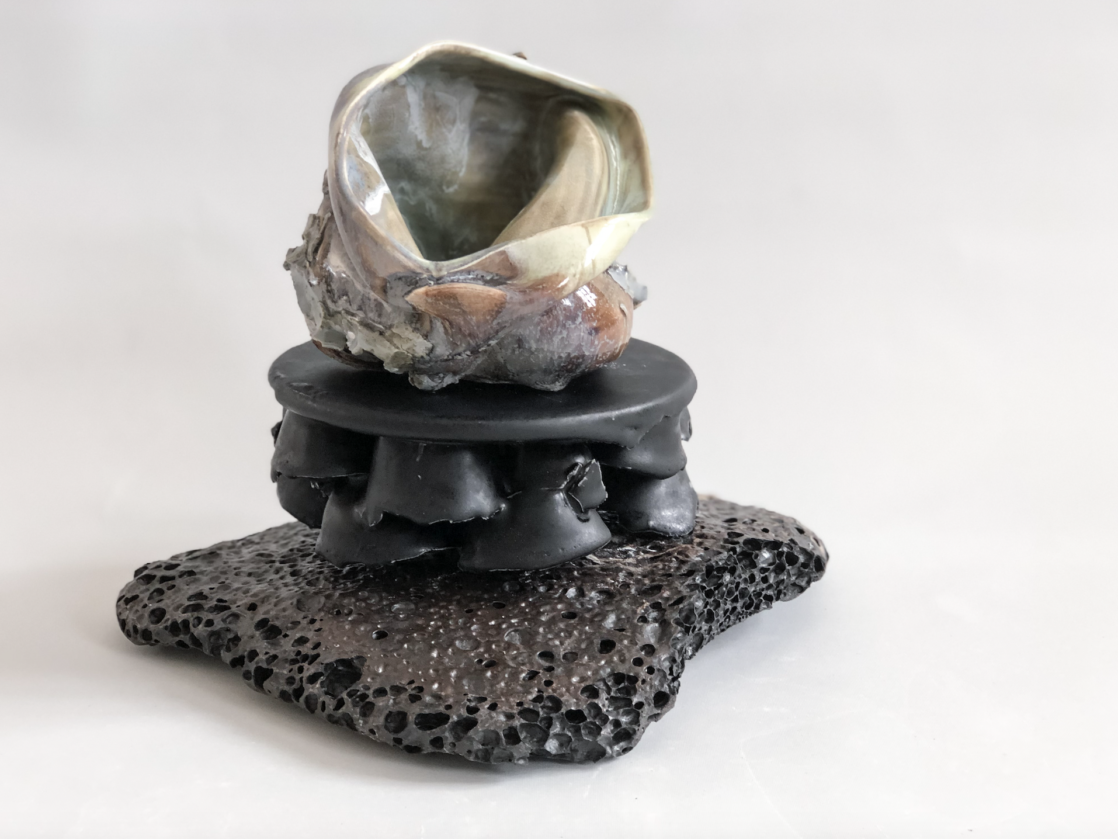 Sormin’s own interest in found objects stems from the notion of the vessel as an enclosed receptacle. From this starting point her investigations widened and what was enclosed became open – a porous repository for the neglected. As a first generation immigrant and former humanitarian aid worker, she had always been interested in ideas around survival, collecting what is needed to survive, what it takes to subsist and what must be discarded. Site specific in a multi-layered way, her work speaks of community and place. Collecting from rubbish heaps in locations where she creates her installations, she believes that the ‘things we throw away or leave behind mark our struggle for survival.’ The existence of clay in her work may not be immediately apparent to the casual observer but it is there, still functioning as a repository – a system that binds things together and occupies the spaces in between.

Mary Nagle collects natural and found objects that are contrasted and combined to form new compositions. Sometimes dipped in porcelain slip and fired, the inclusion of clay in her work can also appear supplementary, but in a recent series it became an important signifier. Commemorating the lives of women and girls incarcerated in Magdalene Laundries in Ireland, the use of fragile, brittle and cracked porcelain in this work silently evokes shattered and broken lives. For Robert Cooper the past is also ever-present. Incorporating pottery shards from the Thames foreshore into his, often whimsical, works, echoes of other times offer indications of previous use, of lives lived and stories told. As key components of his work, they remind us how much a simple fragment can recall. But he is also keen to emphasise that, while his work connects us with the past, it also offers us a starting point for new memories and other stories. For many of today’s artists who use found objects, the role of collector is central. For Mike Byrne however, it began with a chance encounter. Investigating the material culture of everyday objects and our relationship with functionality, he was drawn to the traditional jug form as a vehicle to carry ideas. Wishing to challenge our perception of what is function and ‘find a way of making a jug, without making a jug’, he came across ‘a metal thing that looked like a spout. I came home and put it, along with another interesting piece of metal, on a clay body and made my first jug; a body with two objects. As soon as they went onto the jug, they became part of something else.’ And so, another found object gets to live a whole new life. 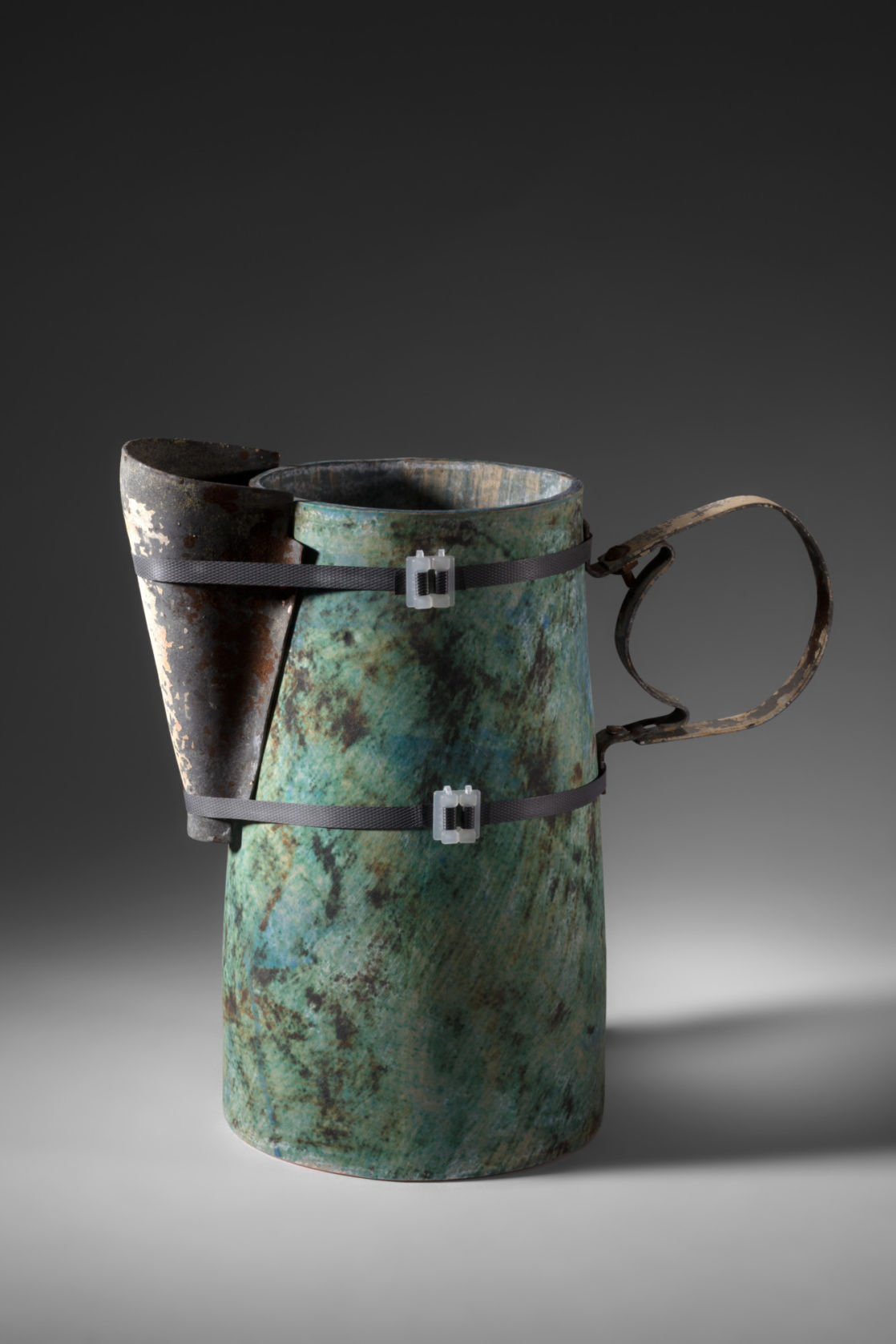 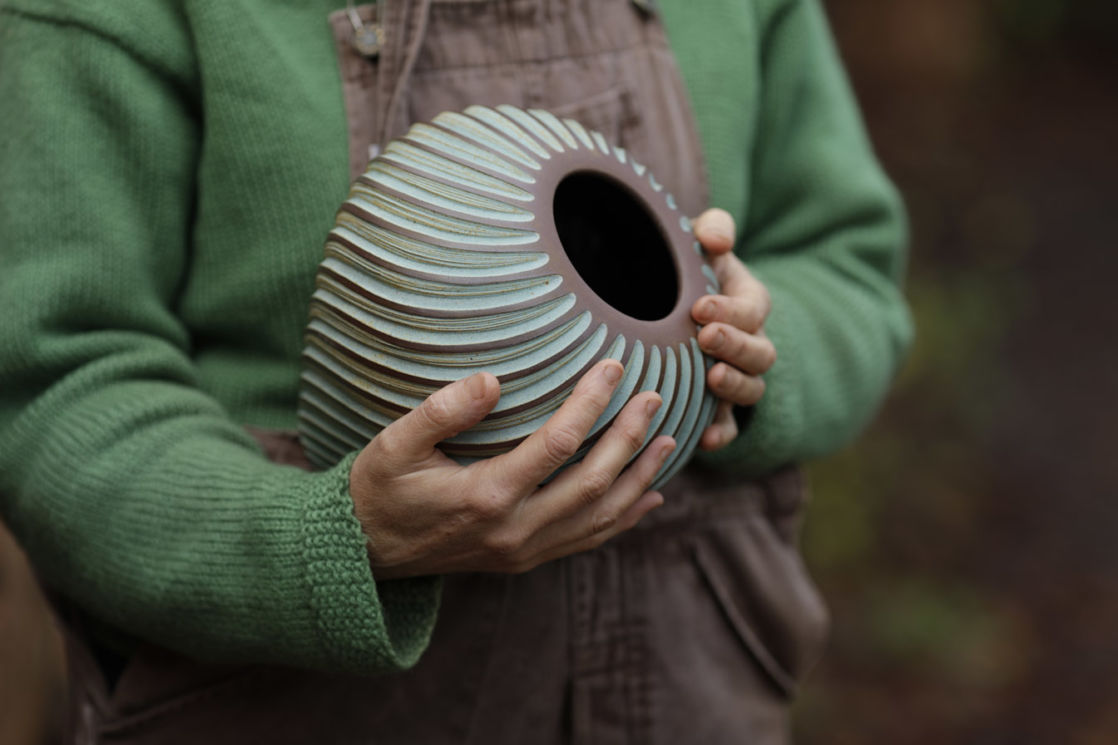 Ceramic artist Emily Myers takes us step-by-step through the processes she uses to throw, glaze and carve one of her signature Carved Ball forms 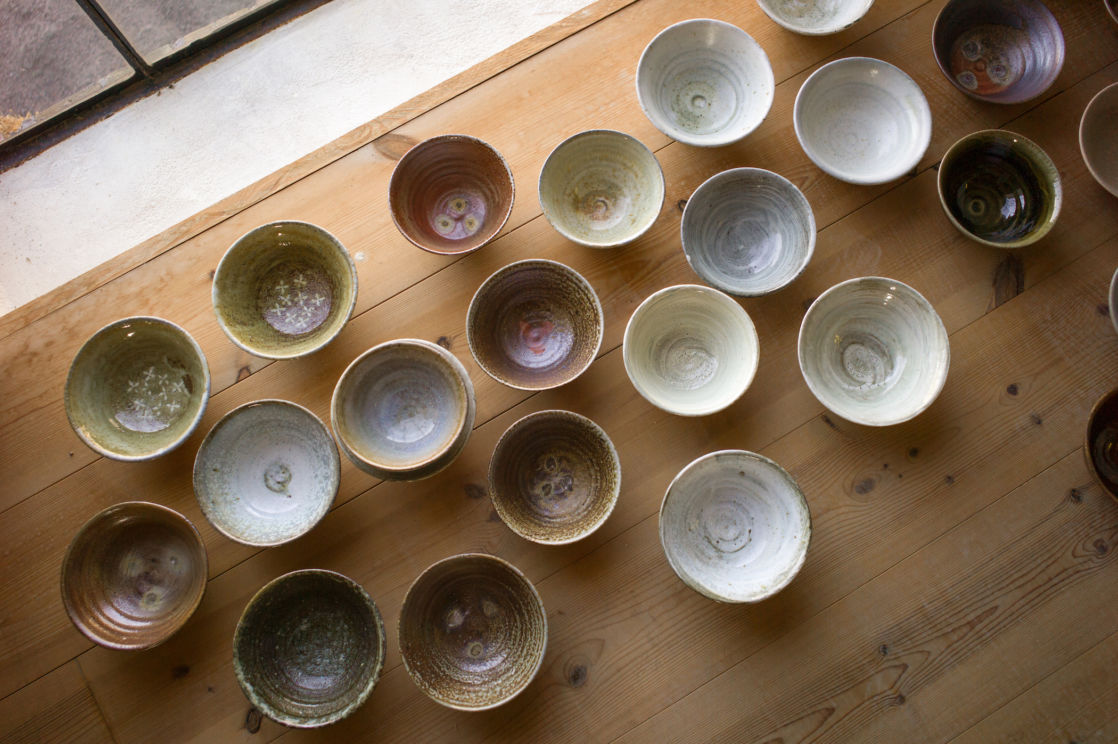 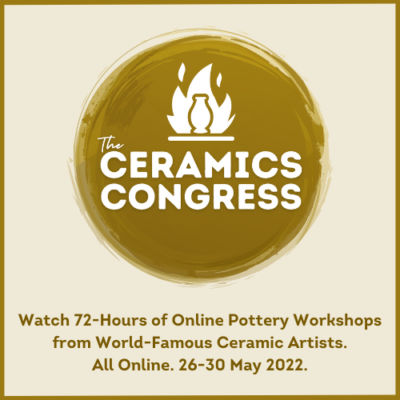 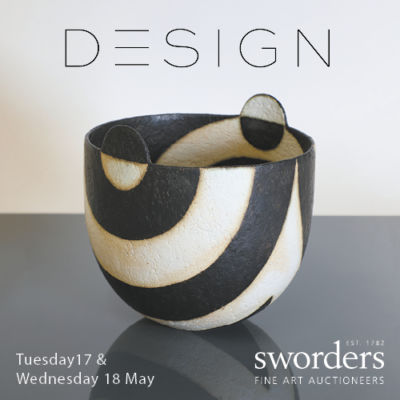 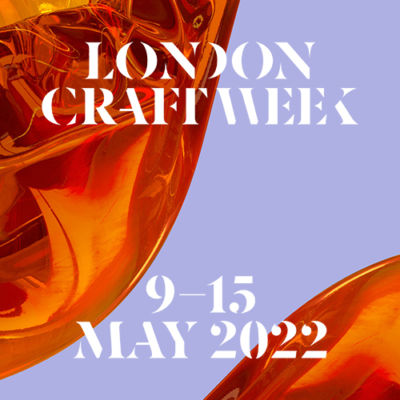 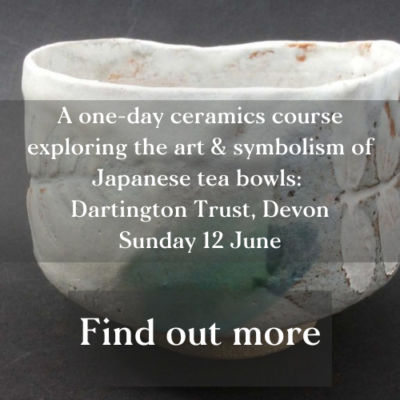