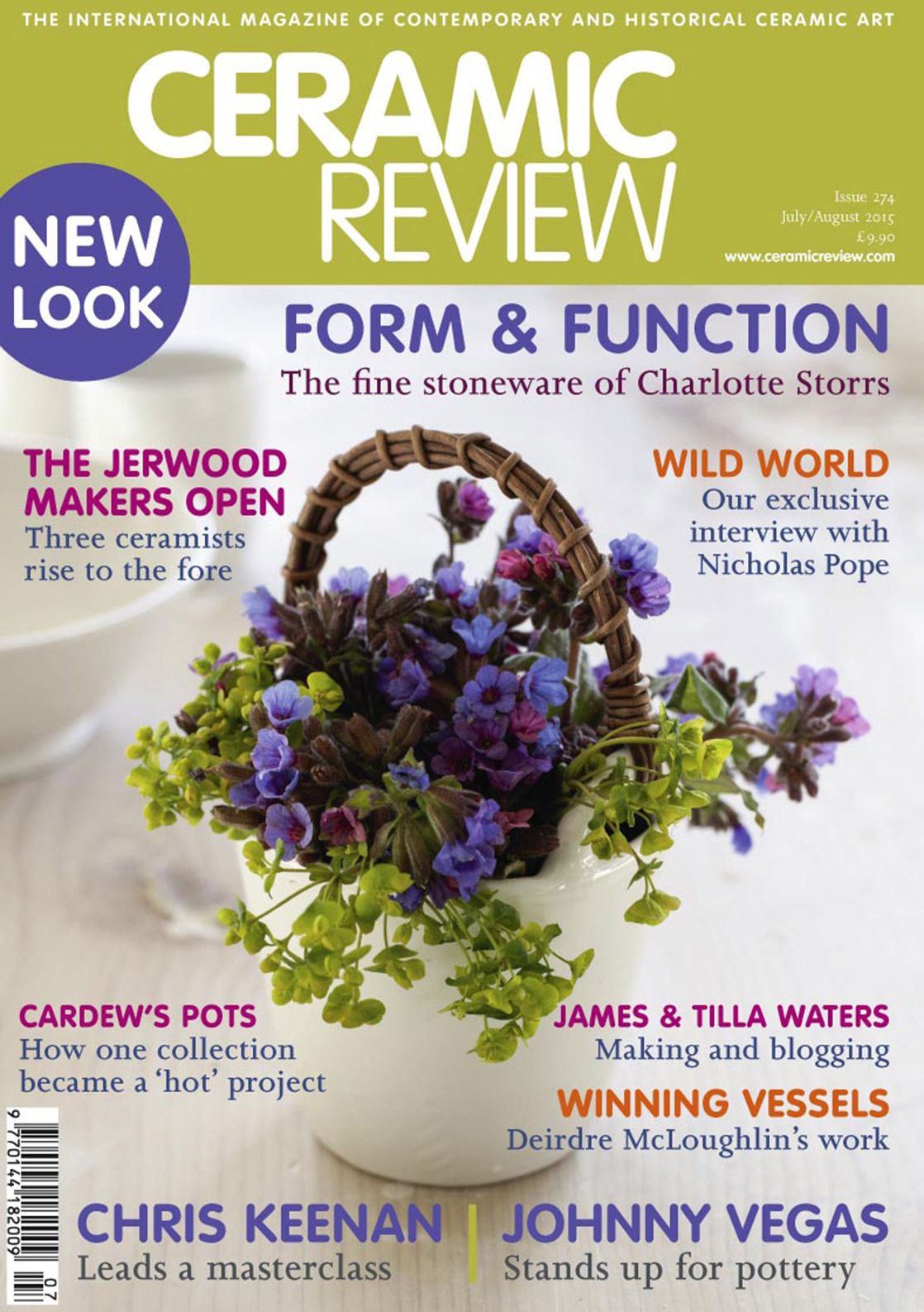 Your views, news, pictures and comments

Our round-up of current ceramic stories

From mudlarked pottery finds, to the making of a dazzling new installation for York

Johnny Vegas: standing up for pottery

Don't let ceramics education become something only the privileged can afford, says the man who brought…

Three of a kind?

When the Jerwood Makers Open award 2015 was announced, of the five artists chosen, three were ceramists…

The collector, the maker and one 'hot' project

James and Tilla Waters reveal the ideas behind their blog page

Experts from Christie's advise on provenance, and bring news on recent 'unforgettable' sales and figures…

The mysterious case of the Trenton vases

A 1904 World's Fair led to some spectacular pottery one-upmanship; but what happened to the four giant…

We look forward to the opening of the 2015 International Ceramics Festival, at Aberystwyth in Wales

Over 40 years Nicholas Pope's art has taken in mediums as diverse as knitting, carvings and ceramics…

Our choice of four ceramic-led publications, and John Mathieson's review on a film and catalouge of potter Clive Bowen's work

Her work may sell in colourful, fashionable outlets such as Liberty's, but for potter Charlotte Storrs the focus…

Chris Keenan has been making pots for almost twenty years. In this issue he takes us through the processes…

CR meets four young ceramists, each in their first year as a maker, as they prepare their work to feature in this…

We look at a 1980s photo shoot with Katherine Pleydell-Bouverie, recently rediscovered in our CR files