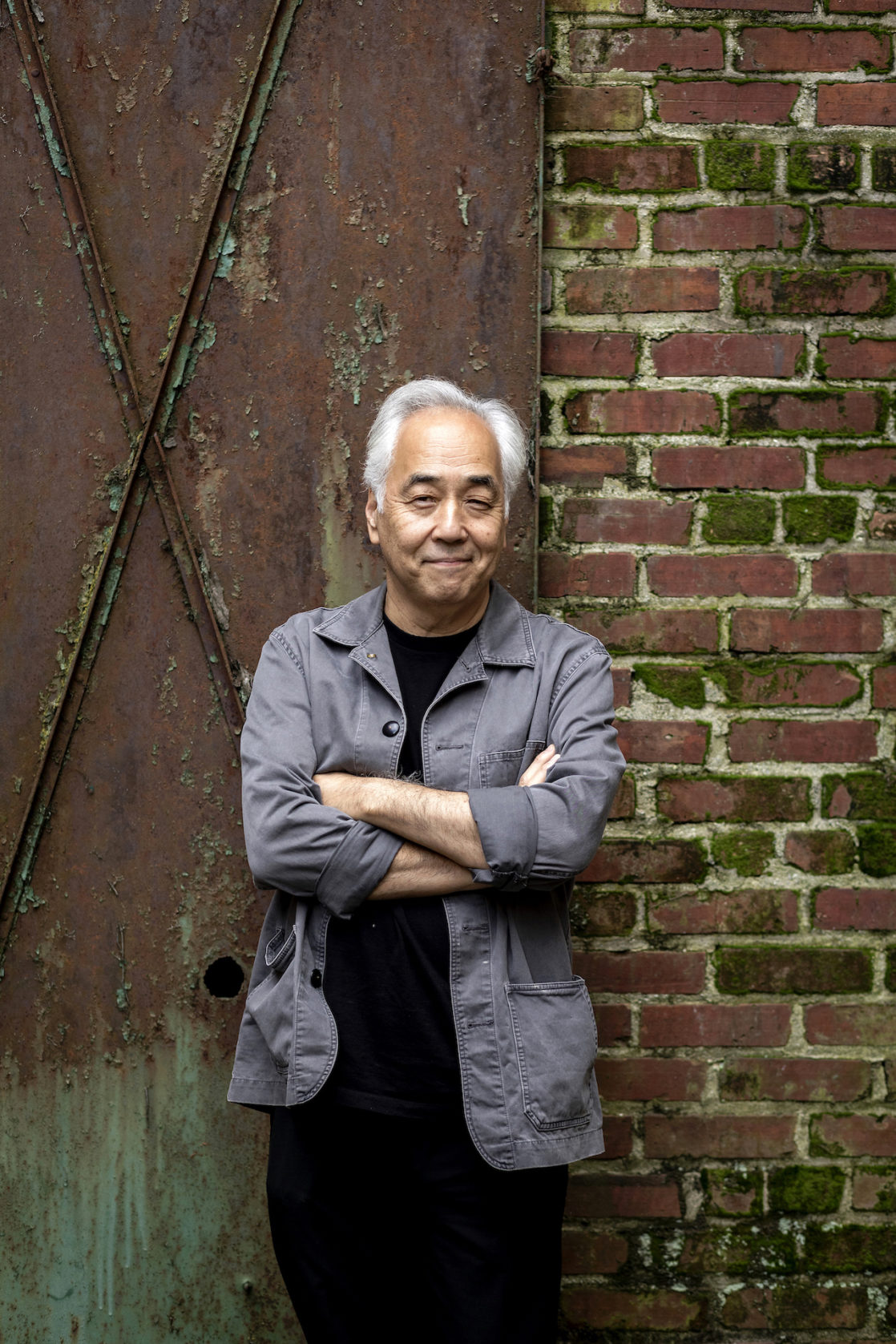 Akira Satake came to be a potter through a series of propitious happenings. He was a musician in Osaka, Japan, while he was at high school through to his early 20s. His instrument was the banjo and his preferred music was traditional American bluegrass. Deciding that a secure future playing a banjo was probably out of reach, he moved to photography. Then in 1981, aged 23, he decided he would take his banjo and camera to America and travel across the country.

After communicating with his single contact in San Francisco who worked in a musical instrument company, he was offered a job with them in his first week in America. That position lasted two years, during which time Satake had New York in his sights. He visited the city and while busking in Washington Square Park, he met a fellow musician who asked him to come and audition. He joined the band – most of the members of which he already knew from his own CD collection.

These happenings distracted Satake from the career in photography he had imagined. Instead, he stayed in America, started a music production company called Damfino Productions, and also produced world music recordings for his own label, Alula Records. But the stress of running large, successful companies eventually took its toll on him. It drained him of sleep and eventually, joy.

He needed to do something else and had always wanted to try experimenting with clay. He started a pinch pottery class every Thursday night and very soon felt that this would be it for him. Insomnia hours of the early morning became instead a time to be pinching pots. And sleep once again became possible. After three months of making pinch pots, three months of wheel throwing and then glazing classes (each for just a few hours a week) he started to sell his work. After one year he was accepted for a craft show at Lincoln Center. All of which made Satake think there was, probably, something for him in pottery.

A few years later he closed both his music production and recording companies. ‘I rented a studio in Brooklyn, New York, for a year and then decided to move somewhere cheaper, to get a bigger space,’ Satake explains. A family move to Asheville, North Carolina, in 2003 was done, and his commitment to a life in pottery made.

Ten years later, in 2013, he opened Gallery Mugen (Mugen means infinite) in Asheville’s River Arts district to showcase his work. Satake makes a range of functional and sculptural ceramics, both gas and wood-fired. From tea pots to ikebana vases, to sculptures, his surfaces and shapes draw on ancient Japanese techniques, but
he puts his twist on them. However, he confirms that those first early pinch pots looked Japanese: ‘Interestingly, even without trying to make something look Japanese, whatever I do, looks Japanese. After all, I lived there for 23 years.’ He admits he does (as many immigrants do) have a greater appreciation of Japanese culture and aesthetics now he is living outside the country. Japanese thoughts and philosophies also make their way deep into his practice, particularly in the way he accepts – if not celebrates – his mistakes. 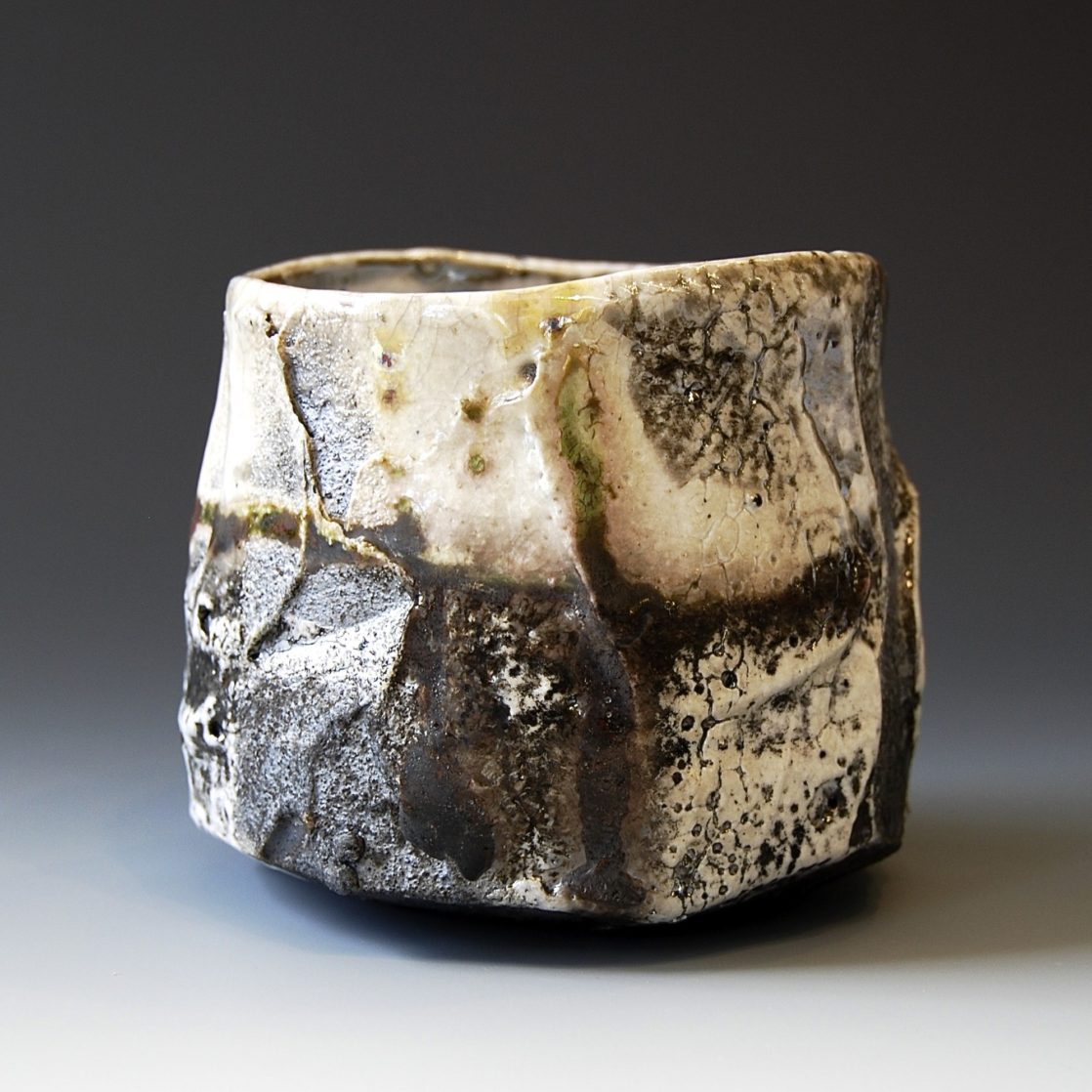 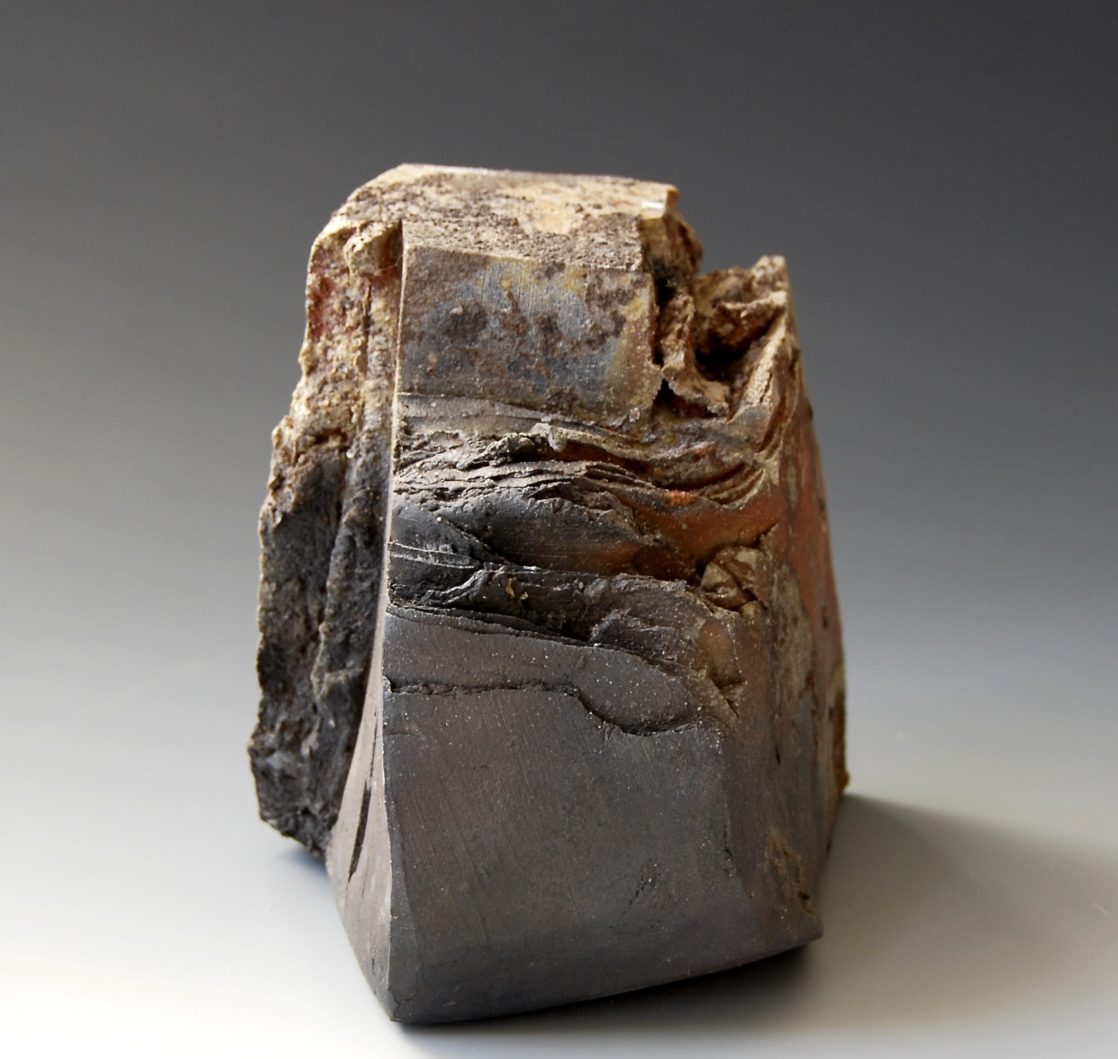 The triumvirate of potter, clay and fire is the backbone of Satake’s creative practice: ‘This is a very important part of my philosophy – my work is a collaboration between clay, fire and me. The clay is interesting and has a strong personality. I’ll ask it “what should I do with you”, to bring the best out of the clay? And you know, it will tell me and I will tell it. It is like playing jazz. I leave enough space for the fire and ash to do their job. In music, if I play too many notes other musicians are not going to have enough space to collaborate with me.’

His techniques often hack traditional processes. For his Kohiki (traditionally an iron-rich clay body covered with white slip and then a translucent glaze) for instance: ‘First I take a slab of dark brown clay and paint the white porcelain slip on using a Hake brush. Then I wait for a day or two before I stretch it by working it on a table, to make the cracks and ripples of the surface pattern.’ Satake’s sure hand with the technique means he achieves patterns that look as if they have grown on the clay from the inside out, like rings on wood.

He is also well-known for his wood-fired Yunomi teacups and Chawan tea ceremony bowls, with accompanying robust, beautiful teapots. ‘I am not trying to make Japanese pottery all the time. I make a Yunomi or Chawan and those things are more Japanese. But when I am making a sculptural piece, it is outside of Japanese pottery. It is more my own expression as an artist,’ he explains.

This is a direction Satake has been going in recently – making pieces in a more sculptural vein. Deep black forms, tanka fired, accompanied by sumi-e (Japanese ink) paintings. ‘I want to exhibit the paintings with a black piece of pottery in front of it,’ he reveals. ‘Creating a negative space between the three-dimensional piece and the two dimensional one. I am planning to do an exhibition with perhaps 40 pieces of pottery and 40 paintings.’

Satake keeps his music going alongside his pottery. The one imbues the other. ‘Playing music is a very important part of my pottery process,’ he states. ‘It is similar to being a musical producer too, as it is like finding a great artist. I don’t want to do much. Just a pinch here, a push there. Then a more beautiful, original product comes out of that.’

Inspiration for Satake comes from different places. Before he ever touched clay, he liked the work of American artist and sculptor Isamu Noguchi. ‘It is so easy to get influences from contemporary makers and I don’t want
to do that,’ he says. ‘As much as possible I want my inspiration to come from nature, music, architecture and food. I think that keeps my work a little bit different from other people’s. And that is important to me.’ 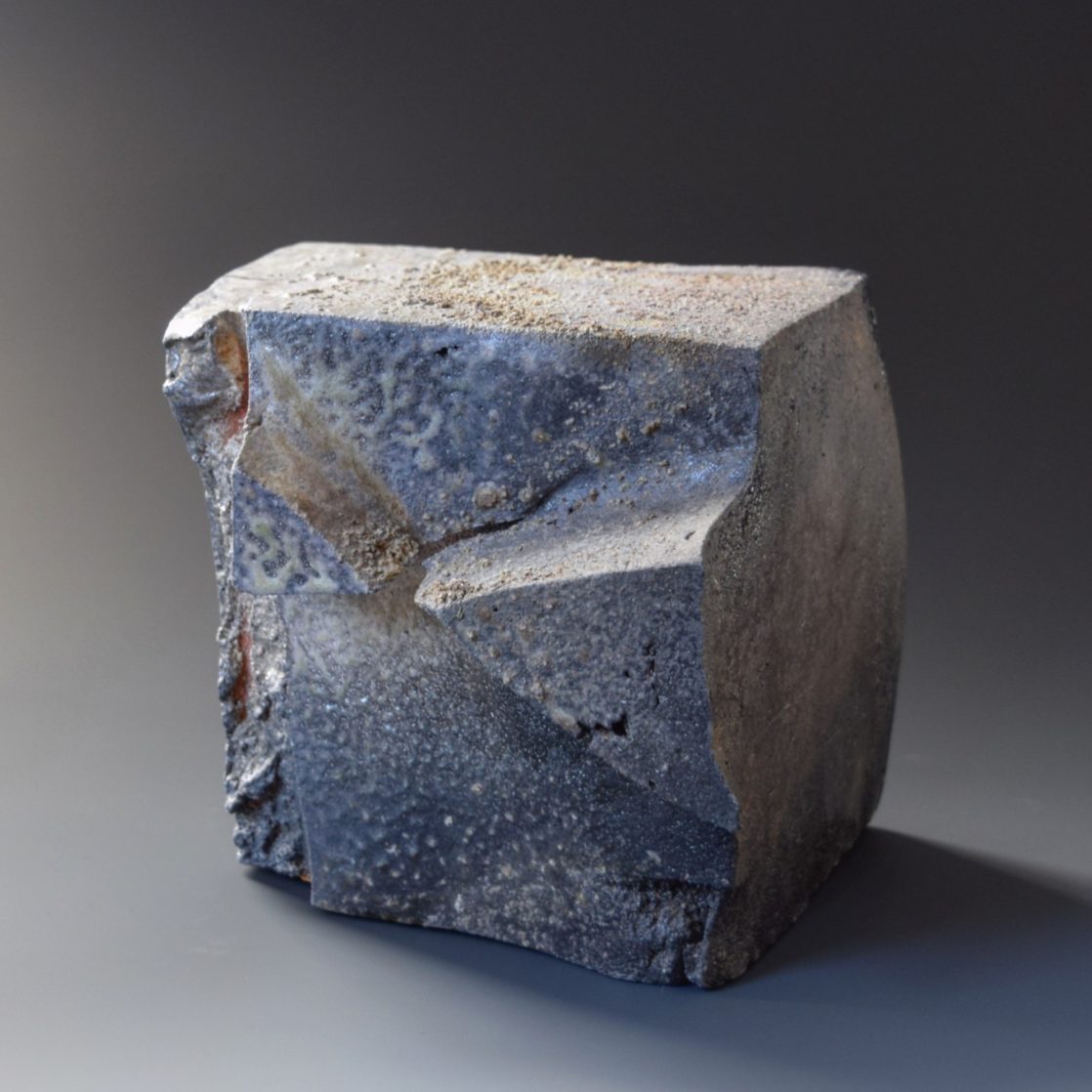 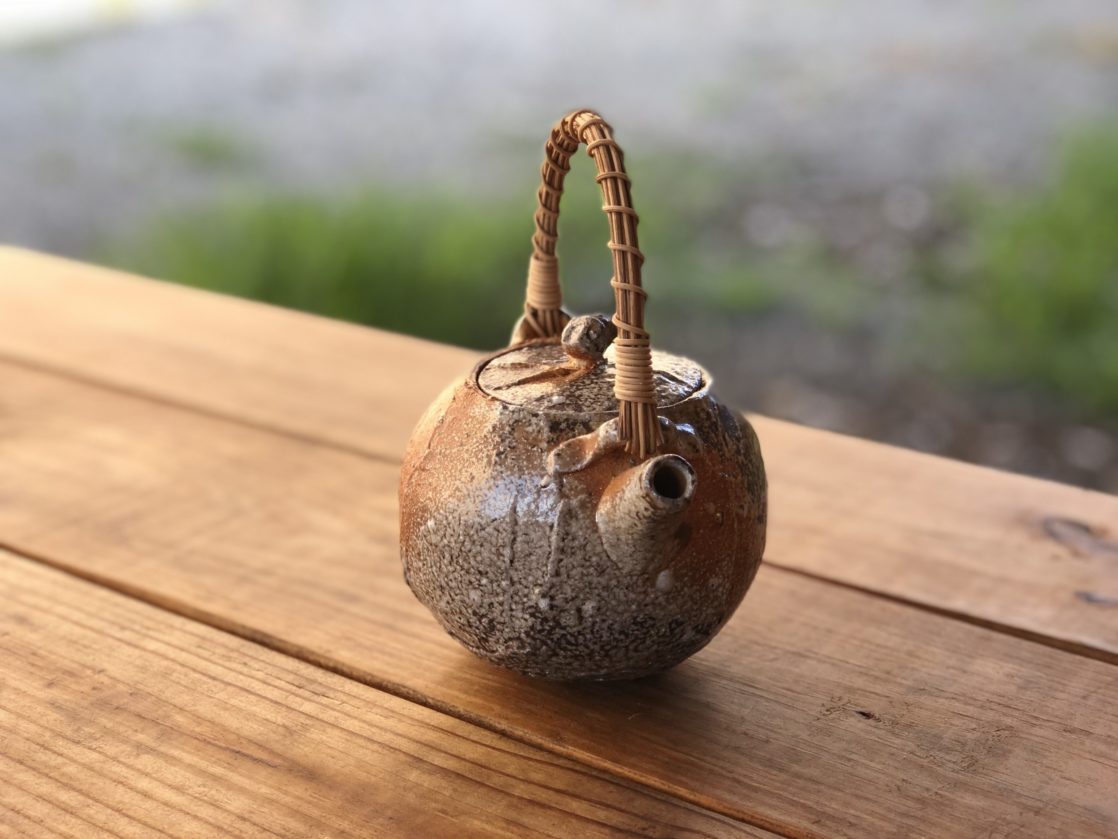 He often takes out his banjo to accompany his work at exhibitions. And when he does, he asks visitors to please be quiet for a few minutes, to observe the ‘ma’ or the space between. He likes all kinds of music and finds it hard to narrow that love down to just a few names. And although he prefers indigenous music, he likes it when it has been pushed forward into the future, made into something else, something new.

Satake’s pottery – so intensely a collaboration between maker, materials and method – is playing it forward, too. Sometimes that progress is planned, sometimes not. ‘More interesting work comes from letting go and trusting to serendipity,’ he says. ‘If I have control of everything, the work is going to be boring. Expecting unexpected things to happen when making my pieces is so much more interesting and exciting.’

Images: courtesy of the artist; portrait by Erin Adams 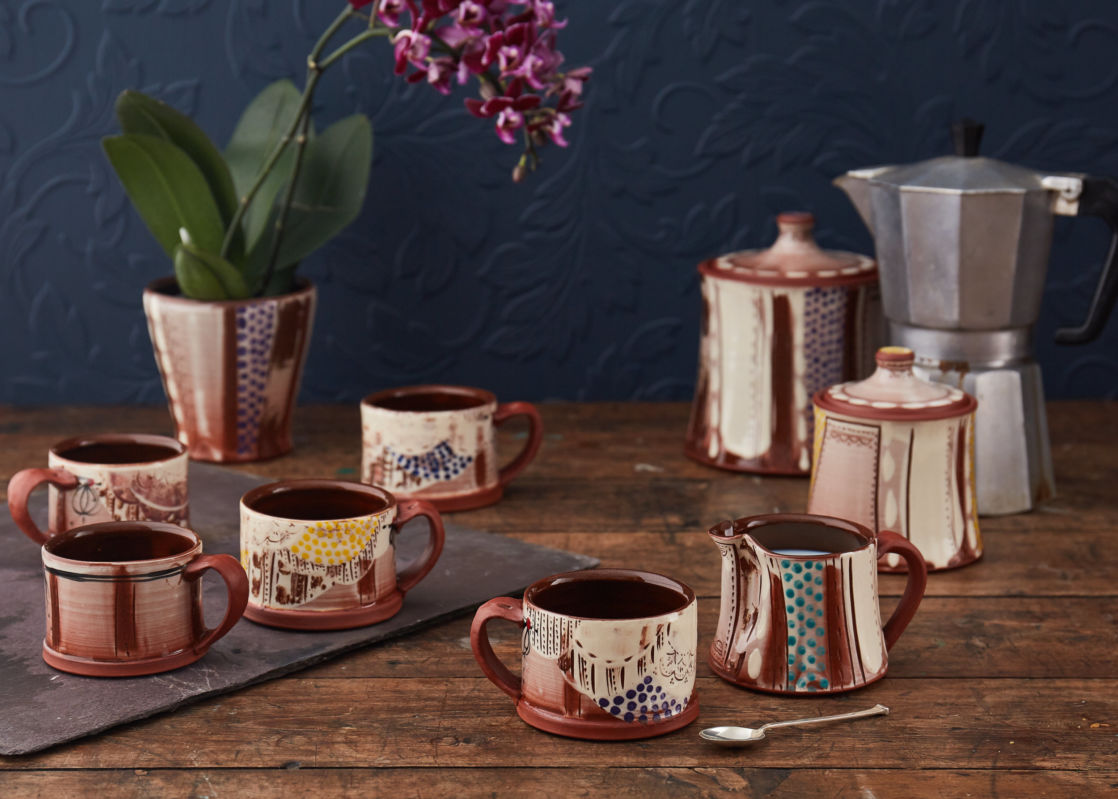 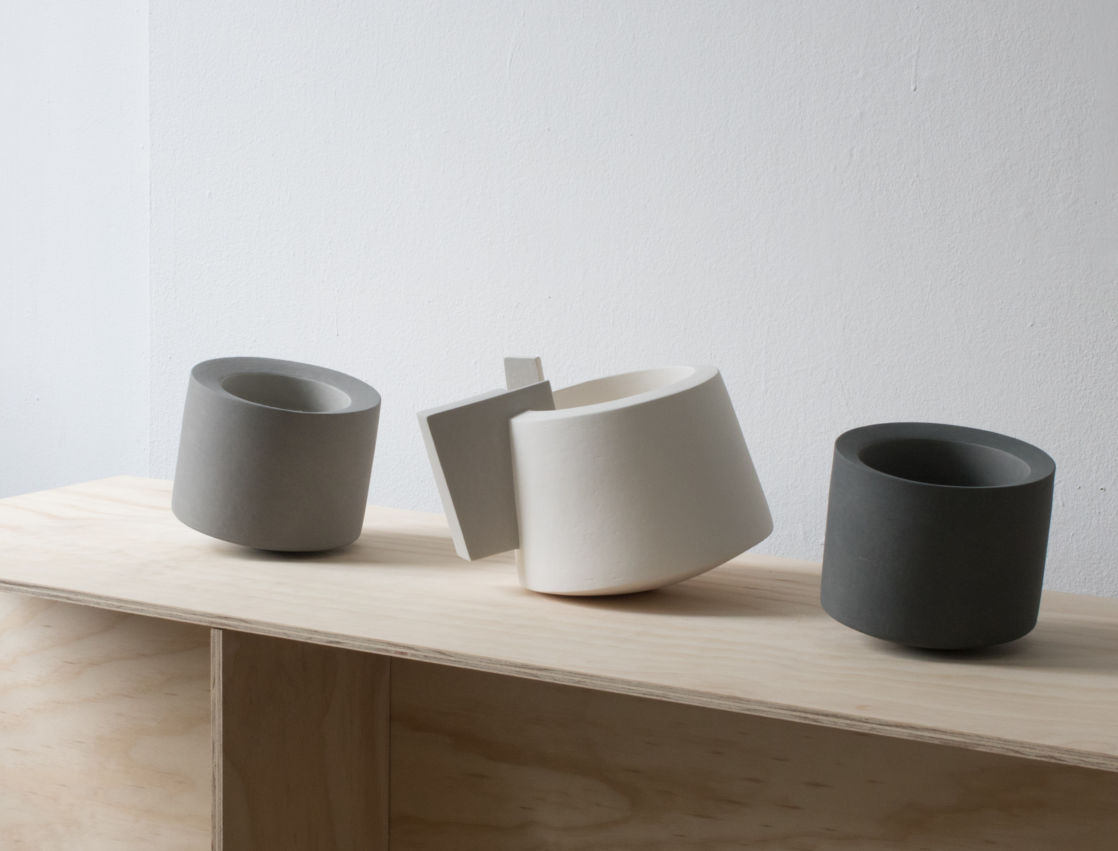 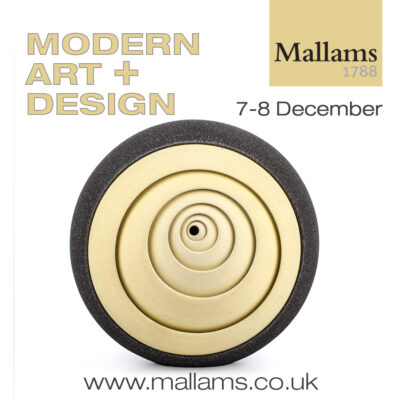 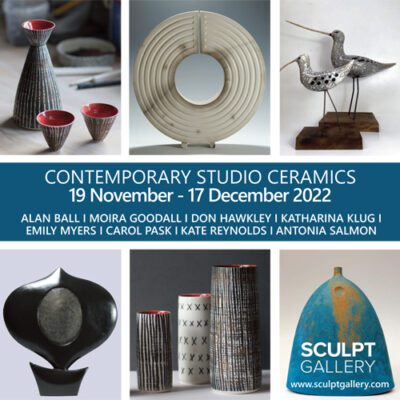